How Many Different Types Of Hickory Trees Are There?

For starters, true and pecan hickories are the two broad types! 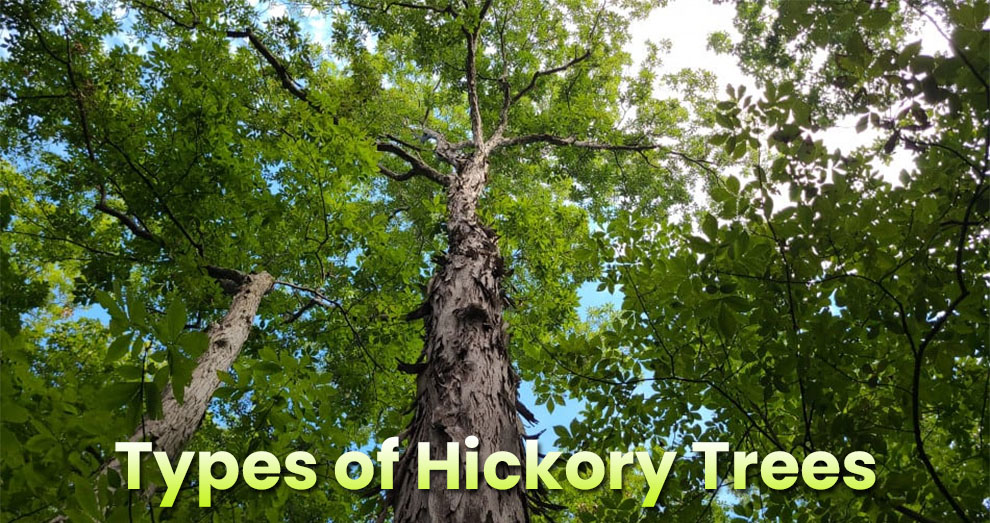 When you need nutty trees for your backyard with multi-functionalities and top-notch aesthetics, different types of hickory trees surely do make the cut.

Native to temperate Asian parts (China, India) and North America growing through USDA zones four through eight, Hickories are large deciduous trees. They belong to the Carya Genus and are found in 18 different species.

Hickory tree varieties belong to the walnut family, and each variety has identifiable features that make them stand out from the other deciduous trees. With proper care, your hickory tree may reach about sixty to eighty feet tall with a forty feet width.

Hickory trees are famous for their vast utility. Its wood finds massive use in the timber sector, nuts are edible, and the tree itself is an excellent shade provider.

Moreover, their wood also helps add a smoky effect to the BBQs. Even though they are an asset to the open areas and the immense landscapes, their vast size makes them slightly unsuitable for urban gardens.

Different Types Of Hickory Trees and Their Sub-Types

Hickory Trees At A Glance

Broadly, hickory trees can be classified into two main groups – True and Pecan hickories. Both these varieties are distinguished by the number of leaflets on every leaf. Typically, all the hickory trees are slow-growing but live for 100s of years. Amongst the True Hickory, the fastest growing variety is the Shagbark Hickory.

Four of the top trees under this category are:

Also known as the Carolina Shagbark hickory tree, these have smaller nuts, and their bark peels away over time from the trunk. This tall but shaggy tree can grow between sixty and a hundred feet. It has a slender trunk, yielding high branches. Shagbark has a compound leaf system wherein every pinnate leaf has five obovate-shaped leaflets full of serrated margins.

It is a slow-growing, large deciduous tree with a slender trunk that grows to 120 feet. While young, the tree has a gray, smooth bark with narrow grooves and large plates. They have sweet nuts, dense twigs, and compound leaflets with seven to nine.

It is a rugged tree from the dry, upland forests with thin husks and pear-shaped fruits. People usually do not appreciate its nuts’ flavor, but it is food for the hogs. You can find them in upland, dry woods in acidic, gravelly, or sandy soil. It has scaly, gray bark and smooth lanceolate leaves. 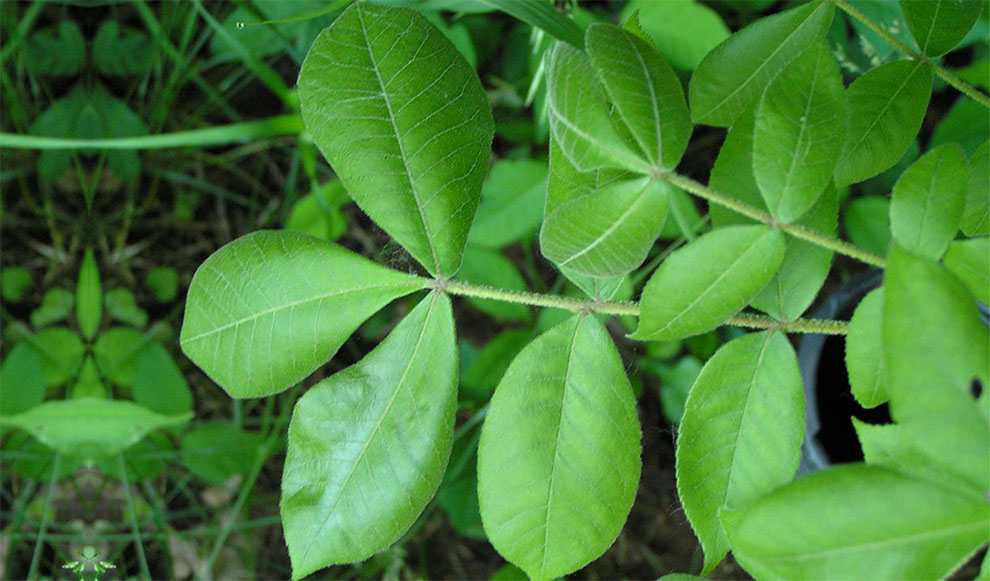 This true hickory variety stands out from the rest of the types because of its thick-shelled, hard-to-crack nuts or fruit enclosing smaller kernels, hardwood, light-colored and large terminal buds, and tight bark that is gray with deep furrows. Its leaves are yellowish-green.

Three types of hickory trees under this category are: 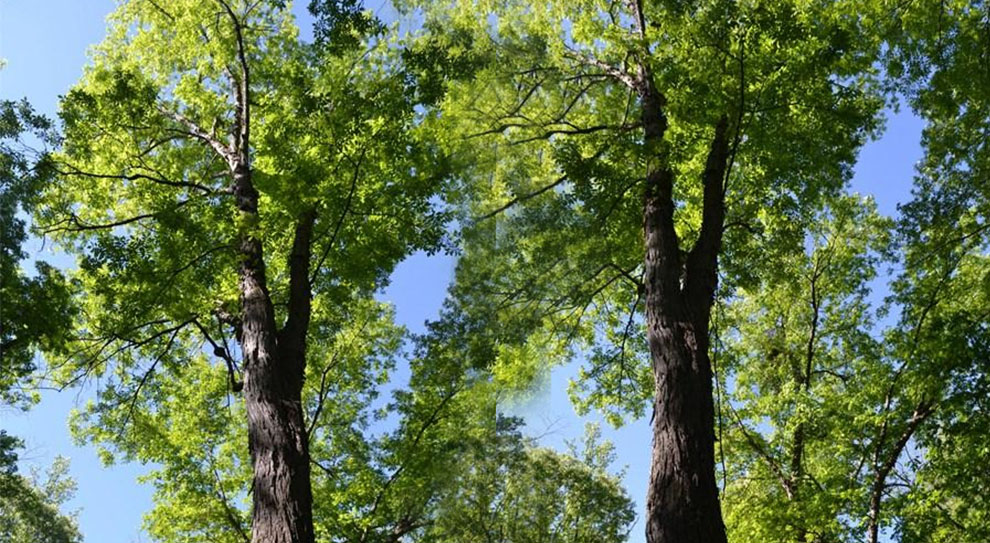 It is one of the rarest, slow-growing varieties of native hickory trees that grows to 100 feet. Native to the Southern US, the tree has a peeling bark with brownish-gray and long plates comprising deep ridges. The plant has serrated, point, and long leaves and buttery, tasty nuts that are reddish-brown and round. 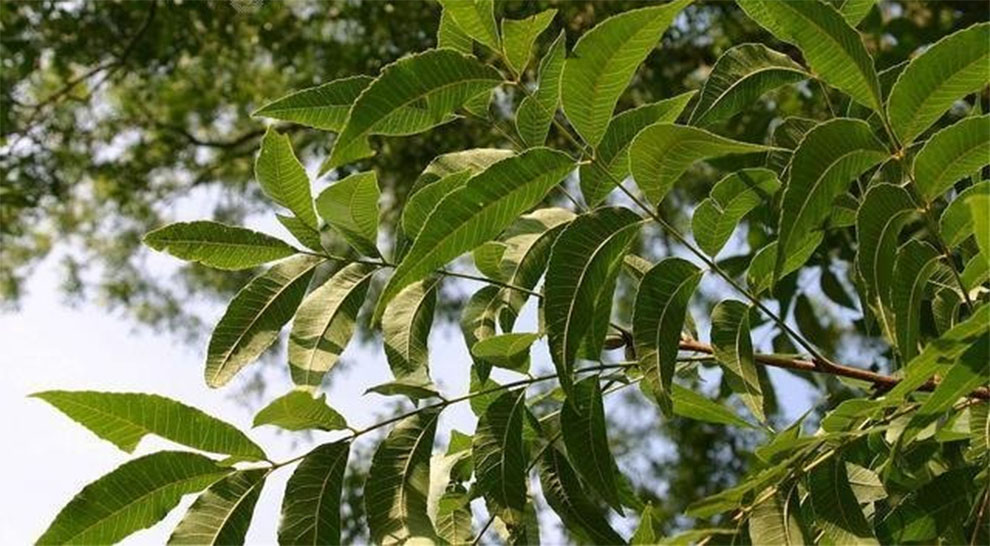 Botanically known as the Carya Aquatica, the Water Hickory is prevalent in the backwater areas and clay flats near the rivers and streams of the South. It is a big tree, typically growing over 98 feet. Fondly called the bitter Pecan, it has an aggressive reproduction from sprouts and seeds.

The tree can endure wet soils and thrives in well-draining soil near water and rivers. It has a blackish-gray bark that is not scaly but tight with deep furrows and blocky ridges. It has pear to egg-shaped nuts. 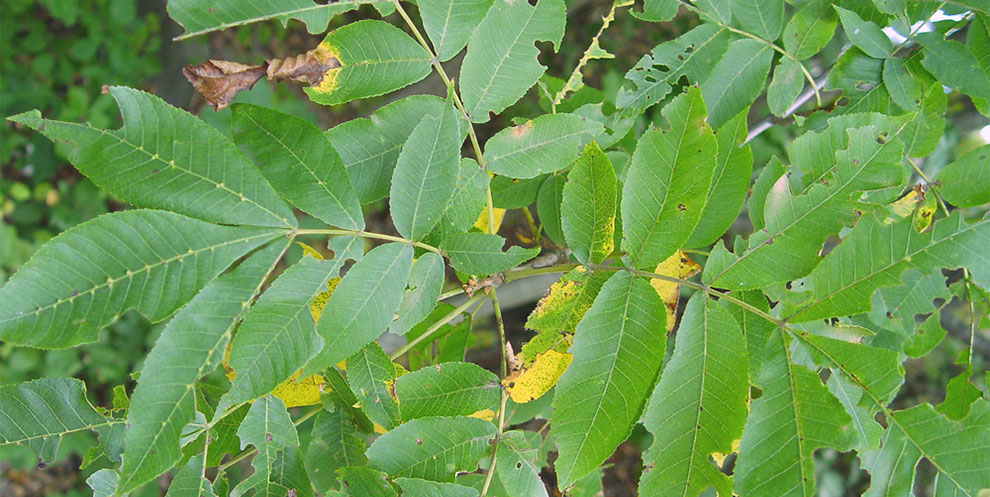 It is easily distinguishable hickory. Bitternut has large green pinnate leaves, irregularly shaped crowns, and bitter, inedible nuts. Its fissures have a dark diamond pattern, and its bark rarely peels off. As the tree matures, the bark becomes gray, forming deep cracks and grayish-brown ridges.

Its twigs are light green and slim. It is a tall tree growing up to 155 feet. Bitternut has five to eight leaflets per stem, typically light green in summer and spring, changing color to golden yellow during fall.

Where Do Hickory Trees Grow Best?

There are a total of eighteen hickory tree species. Of them, thirteen are present in North America. They are endemic in the midwestern and eastern regions. The remaining five species are prevalent in countries from the Asian continent, like Vietnam, China, and India.

Overall, the trees can withstand diverse growing conditions. They thrive in areas with high humidity and temperate climate with moist soil. The larger hickory trees can be seen in open landscapes or amidst the oak, maple, and pine forest.

What’s Unique About The Hickory Trees?

You can identify the different types of hickory trees from their leaves, twigs, bark, and nuts. Below, we will discuss these parts for a seamless identification process: 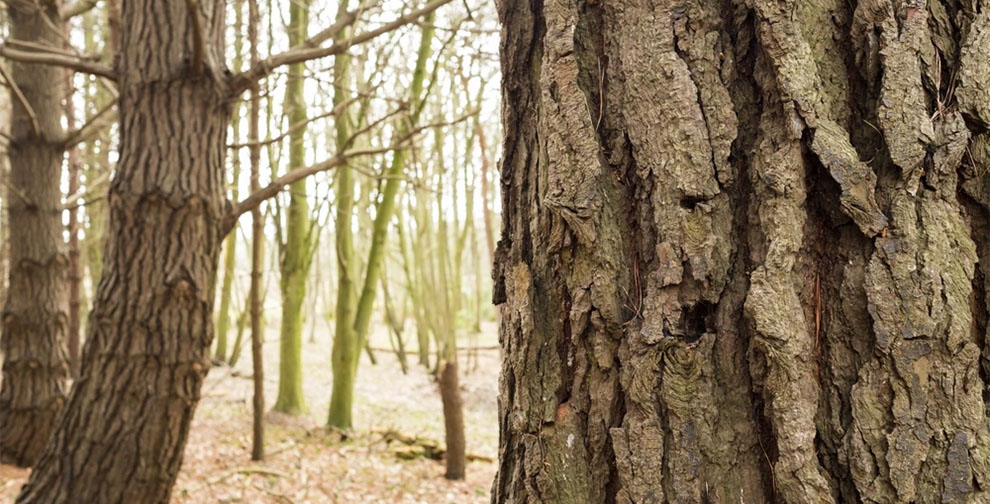 Most hickory tree varieties come with narrow, long leaves with several leaflets, and every leaflet has a pointed tip, an ovate shape, and serrated margins. These leaves are 6”-24”long. Every pinnate compound leaf has an odd number of leaflets, going from three to seventeen. The compound leaf has a terminal leaf blade arising from the terminal leaf blade from the leaflet’s pairs.

In almost all types of hickory trees, the nuts appear as green balls before changing their color to light brown. The egg-shaped nuts have hard shells covering the sweet kernel. Almost all nuts from hickory trees are edible. The best ones you can try are from shagbark hickories, shellback hickories, and pecan trees.

The hickory trees have a solid hardwood that goes from yellowish to a reddish and brown tone. They are loved by wood workers for their sturdy durable nature.

Ques 1. What is the difference between Shagbark and shellbark hickory?

Ans. The Shagbark Hickory typically has a height between seventy and ninety feet, whereas the Shellbark hickory grows between sixty and eighty feet. The former though taller, have relatively narrower trunks, and they mature to two to three feet over shellbark hickories that grow to three or four feet.

Both these varieties have odd-pinnate compound leaves that grow in groups of five, seven, or nine. The leaflets are similar in both trees, turning golden-brown during fall.

Further, while young, the Shagbark hickory has gray, smooth bark. However, it begins to shed off and exfoliate as the tree ages. Both these trees have similar barks in their young age, but as they get older, the shellbark hickory has a smoother bark with less pronounced shredding than Shagbark.

The Shellbark hickory is called the king nut because its nuts are more prominent than all the hickories combined.

Ans. Yes, you can. All types of hickory trees produce nuts that are edible and can be consumed raw, right out of the shell. Just remember that some nuts may be bitter in taste as compared to others.

Ques 3. What is the best-tasting hickory?

Ans.Shagbark and shellbark hickory are two of the best-tasting.

Ans. The hickory trees have a slow growth rate and grow at lesser than 12 inches per year.

Ans. Hickory wood is versatile and is used in furniture, cabinetry, and flooring. In addition, it is employed in making sporting goods equipment and tool handles like picks, axes, or hammers. It also has industrial applications.

Ans. Hickory trees can live for about two centuries under optimum conditions.

Hickory trees are multi-functional, aesthetic, durable, and offer ornamental shade. Its top-quality wood has several applications and finds use in the timber industry. Its nuts are also prevalent in various cuisines.

Even though the different hickory tree species have similar characteristics, it is easy to differentiate them if you understand the differences in their nuts, leaves, and bark.