With several varieties, you can categorize rosemary as upright growers or dwarf groundcovers. Or you may segregate them on the basis of their use. Some Rosemary plants are preferred over others in cooking because of their flavor while others are just good for landscaping.

Rosemary is a fragrant evergreen shrub with needle-like leaves and little pale blue blooms. It’s simple to cultivate and has numerous uses in the kitchen and at home. Rosemary is a beautiful addition to any garden and may be pruned to shape.

Different types of Rosemary plants can be used in cooking as well as for landscaping. For cooking, the most popular variety of Rosemary is Arp, which is a woody, evergreen shrub with small, needle-like leaves.

These varieties have dense foliage, larger leaves, and a more compact growth habit, making them ideal for ground cover or forming hedges.

Here, we shall look into the different varieties of Rosemary and their uses. 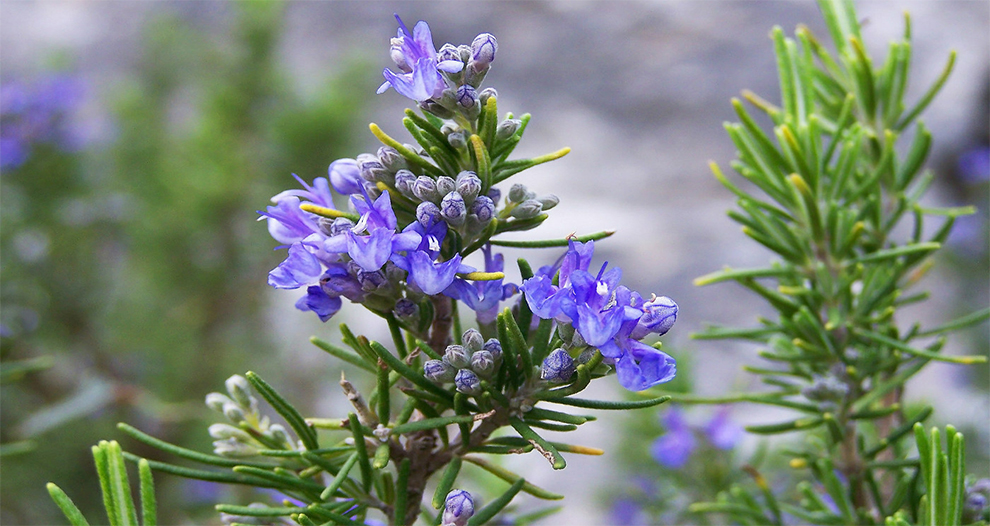 Rosemary (Rosmarinus officinalis) is a woody evergreen shrub in the family Lamiaceae that is grown for its fragrant leaves and attractive blue flowers.

It is native to the Mediterranean region but has been naturalized in other parts of the world, including the United States. Rosemary has a long history of culinary, medicinal, and ornamental use.

There are many kinds of Rosemary plants, including Prostratus, which is a low-growing creeping form; Officinalis, which is the standard upright form; and vaccinium, which has purple flowers.

All varieties of Rosemary have aromatic, needle-like leaves with a strong, pungent, camphor-like flavor. The flowers are usually white or pink, but some varieties, such as Officinalis, have purple flowers.

Rosemary is an evergreen shrub that can grow up to 6 feet tall, but many varieties are smaller. It prefers full sun and well-drained soil.

Rosemary varieties are popular for culinary and ornamental uses Some of the most common varieties of Rosemary are Tuscan Blue, Spanish, Arp, Hill Hardy, and Majorca Pink. Tuscan Blue is a hardy evergreen shrub with gray-green foliage and blue-violet flowers.

Spanish Rosemary is an upright shrub with an intense aroma, and its leaves are used for culinary and medicinal purposes. Arp Rosemary is a vigorous and hardy variety with silvery-green foliage and deep blue flowers.

All of these varieties of Rosemary add beauty and fragrance to the garden and are popularly used for culinary and medicinal purposes. We will now delve further into the different types of Rosemary plants and their uses.

A. Which Are Some Of The Upright Rosemary Varieties? 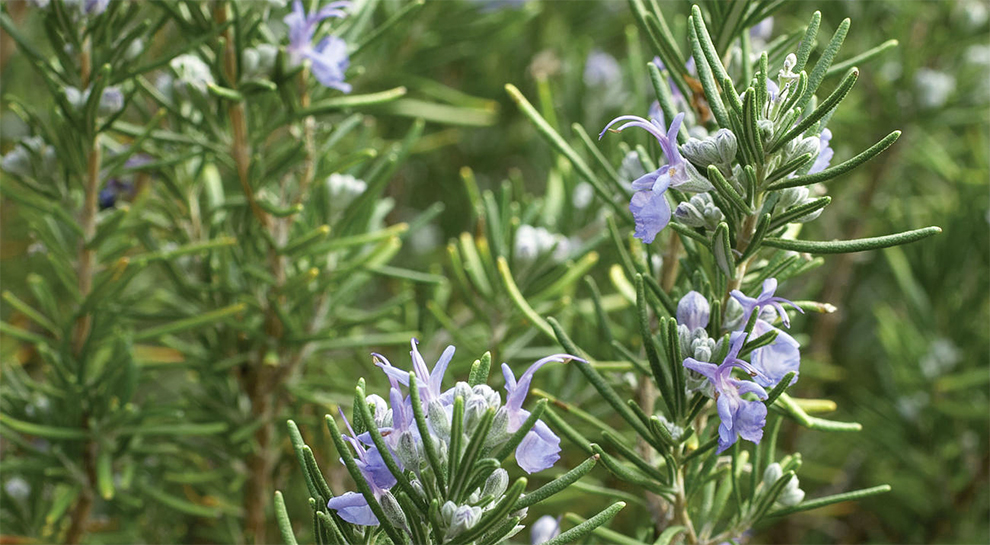 Upright rosemary varieties are among the most popular rosemary plants available due to their hardy nature and ability to withstand cold temperatures.

These aromatic shrubs are native to the Mediterranean and have been used for centuries as an herbal remedy. Upright rosemary can be grown in containers, as low-lying hedges, or as a more upright shrub.

They are small, evergreen shrubs with fragrant, needle-like leaves. Upright Rosemary varieties are used as ornamental plants as well as culinary herbs.

They are the best Rosemary variety and require full sun and well-draining soil to thrive and are drought tolerant.

Some of the upright Rosemary varieties include:

B. Which Are Some Of The Low-Growing Rosemary Varieties – Ground Cover Types/ Dwarf Ones?

Some Rosemary plant varieties are dwarf-like in nature, which is to say that they grow to a maximum height of about 2 to 3 feet and are used as ground covers, garden hedges and border plants.

They are a great choice for those who want to grow a low-growing, dwarf-like herb. They are easy to care for and have a strong aromatic scent.

They grow best in full sun but can tolerate some shade. They should be planted in well-draining soil and watered regularly. They are drought-tolerant plants that can withstand some amount of neglect.

Pruning is important to maintain their shape and size. Dwarf Rosemary varieties are low-maintenance plants, so with minimal effort, they can add a beautiful, fragrant touch to any garden.

C. Which Are The Best Rosemary Varieties For Cooking? 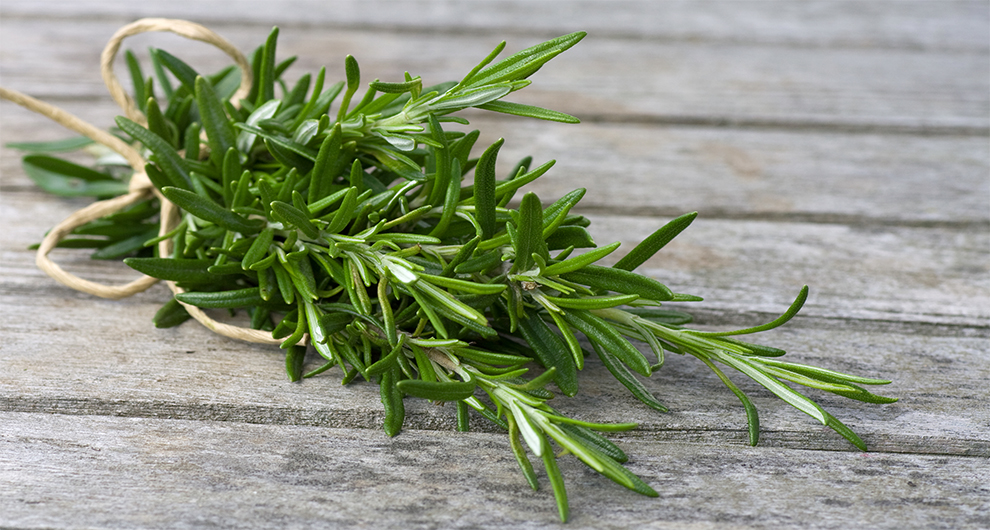 Rosemary is inherently an aromatic herb that is commonly used to flavor a variety of dishes mainly Mediterranean ones.

Even though all varieties of Rosemary can be consumed or used in cooking, some specific aromatic varieties are more prevalent for flavoring dishes.

These Rosemary varieties have a strong flavor that is similar to pine and lemon, making them a popular addition to many cuisines across the world.

The leaves of such types of Rosemary plants are highly fragrant and are commonly used as a seasoning in soups, stews, salads, sauces, and a wide array of other dishes.

Some of the most popular Rosemary species used for cooking purposes are:

D. Which Are The Cold Hardy Rosemary Varieties? 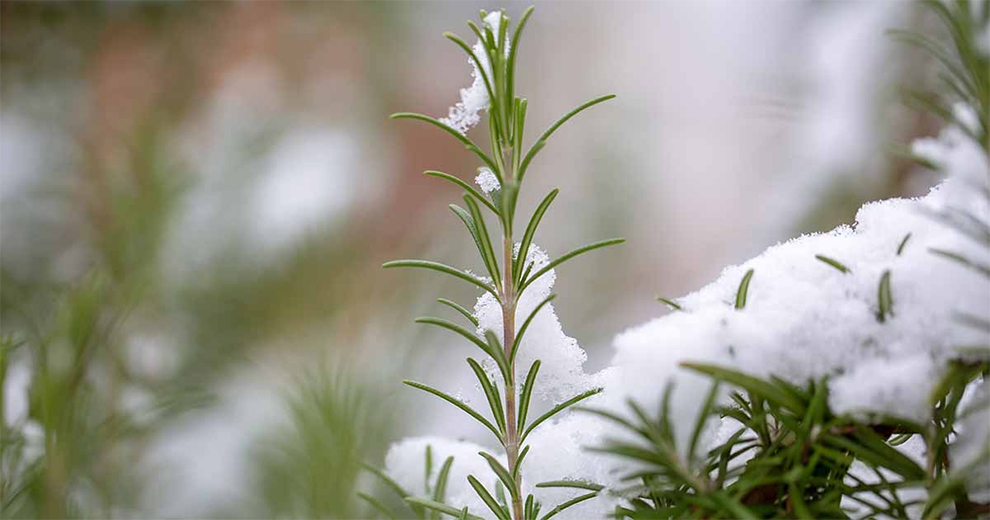 Rosemary species that grow in cold climates are drought-tolerant and can withstand temperatures up to 10°F. They are prized for their fragrant, needle-like leaves and their ability to thrive in cold climates.

Rosemary is hardy in USDA Zones 8-10. Careful pruning can help keep its shape and size in check. It is an ideal choice for gardeners in colder climates who want to add an attractive, fragrant, and hardy evergreen to their garden.

Examples of these kinds of Rosemary plants include:

Some other notable varieties of Rosemary plants include:

The Rosemary plant species has a variety of uses and is widely used in cooking, medicines, and even cosmetics. Rosemary can also provide important benefits to the environment and wildlife in the area where it is grown.

Related: How to start vegetable garden in a small space?

We know that Rosemary has two primary types. One that is used for cooking and one that is not so good in taste and used for landscaping purposes. We shall now discuss what to consider while purchasing both varieties.

A. Buying Guide for Rosemary for Cooking

B. Buying Guide of Rosemary for Landscaping

Q. Are all types of rosemary edible?

Ans: Yes, almost all types of Rosemary plant species are edible, even the ones used in landscaping.

However, it is important to note that many ornamental Rosemary cultivars are not as flavorful as culinary varieties. One must also steer clear of the poisonous varieties of Rosemary like Bog Rosemary,

Q. Is any part of rosemary toxic?

Ans: Yes, some parts of the Rosemary plant can be toxic. The essential oils derived from the plant contain the chemical 1,8-cineole, which can cause irritation, nausea, vomiting, and even seizures in humans if ingested in large amounts.

The plant’s leaves, stems, and flowers also contain volatile oils that can cause skin irritation. Additionally, the plant’s berries are poisonous if ingested and should never be eaten.

The stems are also thicker and woodier. The flowers of a poisonous Rosemary plant are generally white or light blue and have five petals, while the non-poisonous variety typically has more petals and can be purple, blue, or white.

Q. What is the most aromatic rosemary?

Ans: The most aromatic rosemary plant is the Tuscan Blue variety. It is known for its intense, pine-like aroma and flavor.

The most aromatic rosemary plants tend to be those that are grown in warm, sunny climates and are harvested from mature plants. Varieties such as Spinach, Arp, Hill Hardy, and Majorcan are known for their strong, fragrant scent.

From the many colors and shapes of their leaves to the various scents and flavors of their oils, Rosemary plants are truly a delight to the senses.

Whether you choose to grow them in the garden, in a pot on your balcony, or even in a window box, each variety of Rosemary will bring its own unique flavor and scent to your home.

With their easy care and hardiness, Rosemary plants are a wonderful addition to any garden. Use the buying guide to choose a healthy Rosemary plant and understand which variety of Rosemary to buy for which purpose.

found these these on amazon. Though they dont fit in specific category, we can list them.