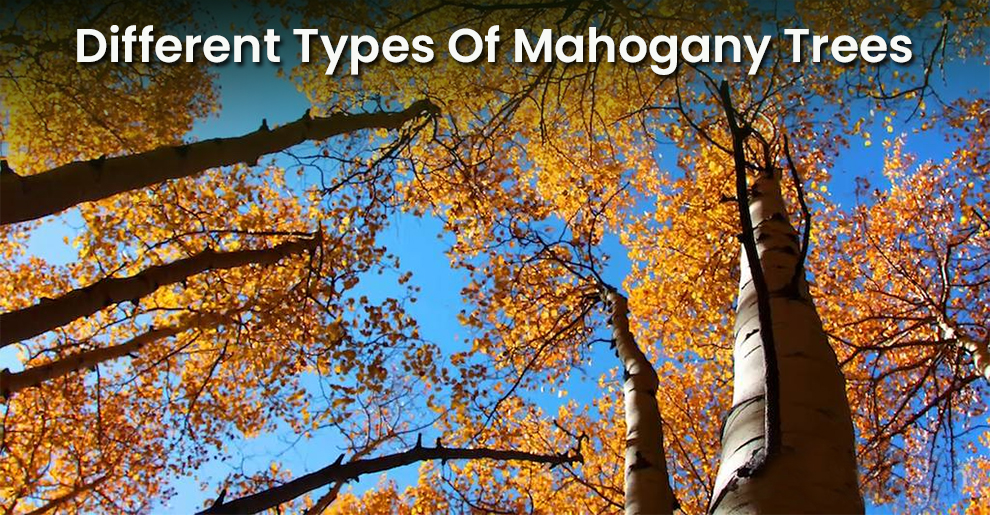 Belonging to the Meliaceae family and the Swietenia genus, Mahogany is a popular tree. Its massive popularity extends over its use in the landscape.

Broadly, there are three types of mahogany trees that you can spot in South America, Central America, and the Caribbean. They are famous for their reddish hues and beautiful dark wood, which is why it is today an endangered and overharvested specie.

In the wild, Mahogany trees readily hybridize, which makes their precise specimen identification challenging. While some suggest that there is a single category from the Swietenia macrophylla (Mahogany) specie, there is not ample research to support this theory.

But sources state that Americans have run out of genuine Mahogany tree species. It is primarily because of the two events. Firstly, the plantations found in Asia are centered on meeting the wood needs of the markets. Secondly, identification of the six other tree genera in the Mahogany family with similar characteristics harvested in the wild is not very easy.

Consequently, there is a significant impact on the other different types of mahogany trees involving timber trade, as they identify as the true mahoganies with origins like the Philippines, New Zealand, India, China, and Africa. Hence, the trees offering alternate sources to the mahogany wood have zero significance in landscaping.

Honduran and West Indian Mahogany classify as ornamentals, but the latter enjoys more prominence in landscape primarily because of its compact stature. It usually grows up to 30-40 feet, whereas Honduran Mahogany can grow over 100 feet.

Broadly, there are three categories of Mahogany plants, and they are very similar to each other. All three variants come from one plant kingdom, the class Magnoliopsida, genus Swietenia, family Meliaceae, the phylum Tracheophyta, and order Sapindales. These species come from South America and Latin America.

Please note several species are classified as true Mahogany when in reality they are not. The timber industry calls them Mahogany. However, they are not a part of the listed three types of mahogany trees.

Thus, the true mahogany species let people get musical instruments and furniture with a reddish-brown look of the endangered varieties. 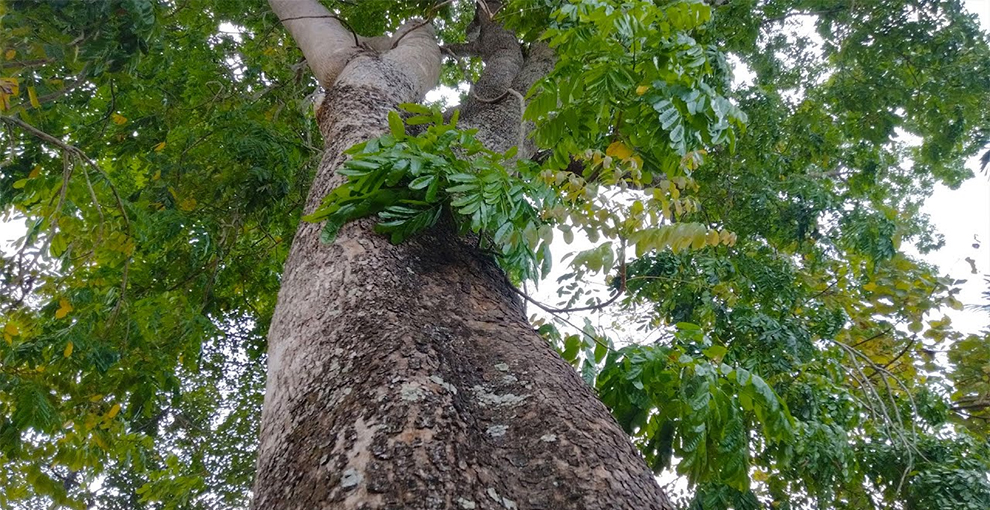 It is a Swietenia species native to South Florida in the United States and the islands in the Caribbean comprising the Hispaniola, Jamaica, Cuba, and Bahamas. Original mahogany wood comes from this mahogany tree variety.

Prevalently grown as a plantation tree, Mahogany is sold in Kerala’s (India) timber markets. Preservation of Native Flora of Florida Act lists the American Mahogany as Threatened. It is Dominican Republic’s national tree.

Mahogany is a briefly deciduous or evergreen tree, which grows up to thirty meters tall with a spherical, large crown and several heavy branches that yield a beautiful dense shade.

The bole is much-branched and short, 100 cm in diameter, with a buttressing, small base approximately one-meter diameter. In areas with drought possibilities, this tree is deciduous.

The Mahogany acquired from different mahogany tree types from the Swietenia genus is believed to be the finest timber, ideal for top-grade cabinet work and furniture. Europeans discovered this species for the first time, but today it is widely cultivated in plantations in various tropical regions.

In India, people grow it as an ornamental tree. The tree is listed as Endangered in the IUCN Red List of Threatened Species(2010). Its stem bark is regarded as febrifuge, astringent, and antiseptic.

People usually take it orally as a decoction for dysentery and diarrhea. It is a good source of iron and vitamins. American mahogany bark is steeped to a red liquid and does wonders to increase appetite, clear the blood, and restore strength during tuberculosis. The bark decoction is employed externally for dressing wounds from firearms. 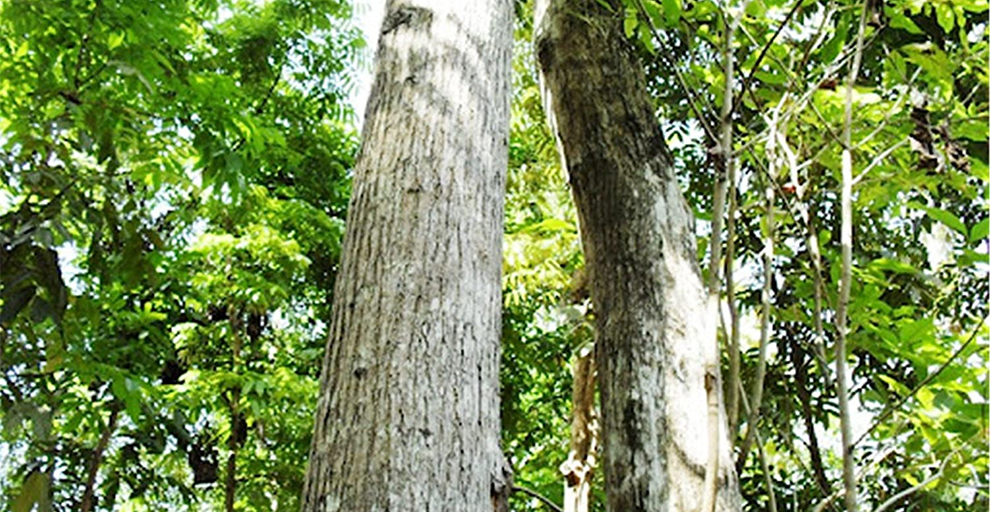 These mahogany tree species belong to the Meliaceae family and are one of the three species from the Swietenia genus, all of which are classified as genuine Mahogany.

It grows up to twenty feet and is usually one-sixth of the Bigleaf mahogany height and one-fifth of the American Mahogany height. Hence, it justifies its specie name humilis, implying dwarfish or small.

However, people in the wood trade refer to it as Mexican Mahogany and Honduras mahogany. In the last many years, the tree was exploited for its wood, which finds use in making furniture. The plant is also popular as a commercial source of pharmacologically active compounds and seed oil.

This tree variety is prevalent in the western Sierra Madre mountain range’s drier zones that extend from Mexico through El Salvador, Honduras, Belize, and Guatemala. Its spread in Honduras and Guatemala protrudes eastwards from the Pacific coast into the Atlantic Ocean. However, you can find a variety from the abutting northern Nicaraguan cordillera range into the Sierra Madre in Honduras.

This mahogany tree species is prevalent in altitudes up to 3900 feet. It can thrive in dry deciduous, wet forests, rocky hillsides, rough scrub, cultivated fields, and savanna.

However, this specie has been very over-exploited, and you will find the surviving ones as isolated and scattered individuals. Its large specimens are almost negligible. 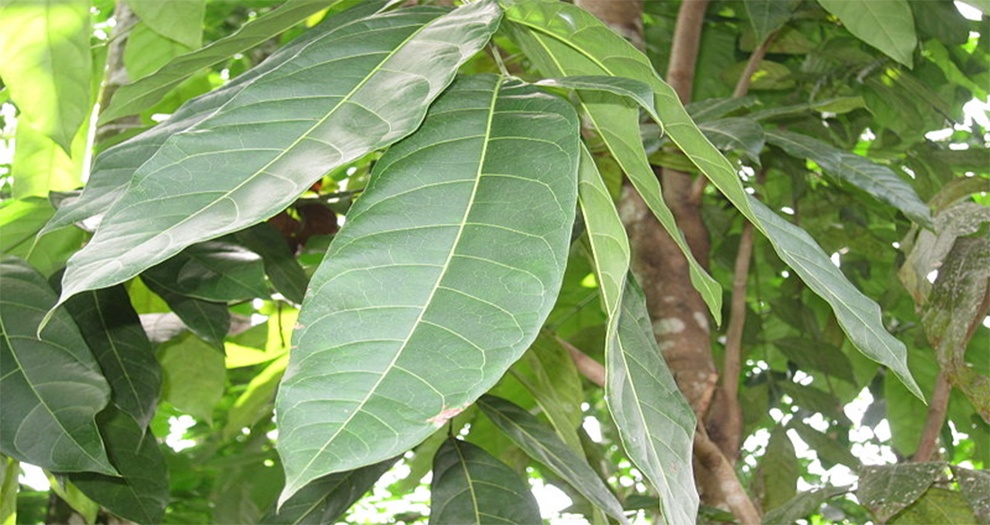 Native to Brazil, Peru, and Southern Mexico, Bigleaf is a deciduous tree that usually grows between 130-190’ with a 2-3’ trunk diameter. The tree is grooved, cylindrical, straight, and has well-developed spurs. Its rounded, open crowns have thick branches with dense and thick foliage.

The plant has paripinnate (at times imparipinnate) leaves that comprise around three to six pairs of ovate-lance-shaped or ovate leaflets. The leaves grow between 12 and 45 cm. Its leaflets have a long pointed or a pointed tip.

The leaves are asymmetrical and are about 2-5 cm wide and 5-12 cm long. The tree thrives in well-drained, deep, and rich soils, provided it receives good moisture around the year.

What Is The Difference Between Indian Mahogany and African Mahogany?

Moreover, African Mahogany is a little harder to work with than the Indian mahogany tree variety. Though it finishes off great, its grains tend to pull out a lot. You will also note a difference in the texture of these two varieties.

How Many Years Does It Take A Mahogany Tree To Grow?

Mahogany trees take about twelve years to grow & get ready for timber harvest. The Mahogany tree produces seeds once in five years.

Is Mahogany Good For The Environment? Why Is Planting Mahogany Bad?

Mahogany trees tend to kill the plants in the vicinity as it challenges them for the nutrients in the soil to grow faster than them. Mahogany does not yield fruits, and its flowers do not entice many insects. So, they enjoy a complete forest to themselves and do not invite insects or birds.

At times, this may leave the place feeling like an artificial forest. Mahogany trees love high acidity, which is not suitable for other organisms. They are also invasive and choke other plants.

Mahogany Buying Guide – How Can You Tell If The Mahogany Is Real? 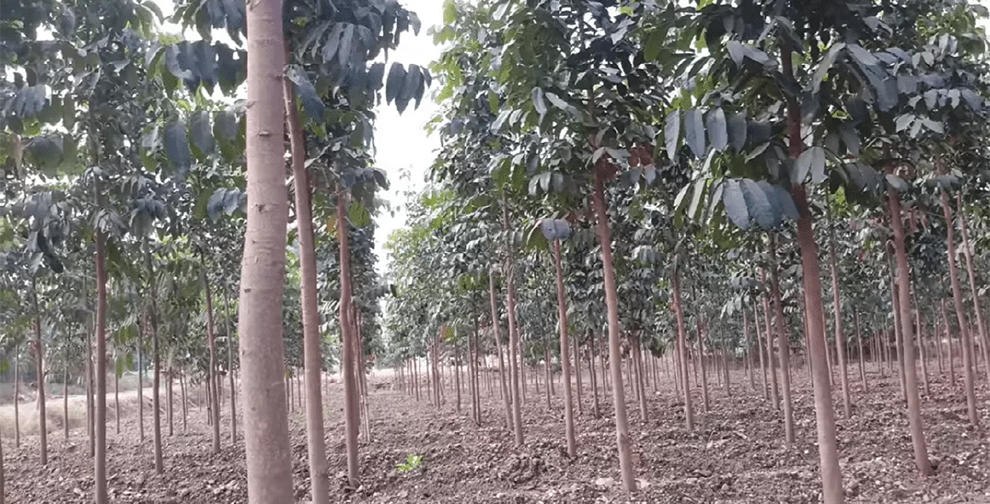 Ans. Here are a few distinguishing factors about Mahogany wood that can help you know if Mahogany is real:

Ques 1. How to identify mahogany wood?

Ans. All types of mahogany trees have a wood yearned for its reddish to pink hues and can be easily identified with that. The straight-grained wood is free of gaps and is less susceptible to knots. As the wood ages, it darkens in color. The polished mahogany wood has a beautiful red sheen and is very durable.

Ques 2. What is the lifespan of Mahogany?

Ans. With an average maturity time of 25 years, some species of Mahogany can live upward of 350 years in the wild.

Ques 3. Why is Mahogany so valuable?

Ans. The wood from the Mahogany tree is commercially viable lumber famous for its durability, beauty, and color. It finds massive use in making musical instruments, boats, furniture, and other similar items.

Ques 4. Why is Mahogany so endangered?

Ans. Mahogany tree types are endangered because there has been a massive global demand for products made from Mahogany wood, a prime reason for the quick clearing of the Amazonian forests. It led to intense deforestation, resulting in it becoming an endangered species.

Ques 5. Why is mahogany wood illegal in certain parts of the world?

Ans. Mahogany goes listed in the Convention on Trade in Endangered Species in America in 2003. It implies that the plant was classified as a specie demanding strict regulation to prevent its extinction. Thus, under the US Endangered Species Act, processing or trade of Mahogany is considered illegal.