Ginkgo trees grow at a slow to moderate rate. In the initial years, all varieties have a slow growth rate which increases upto two feet per year in some varieties. 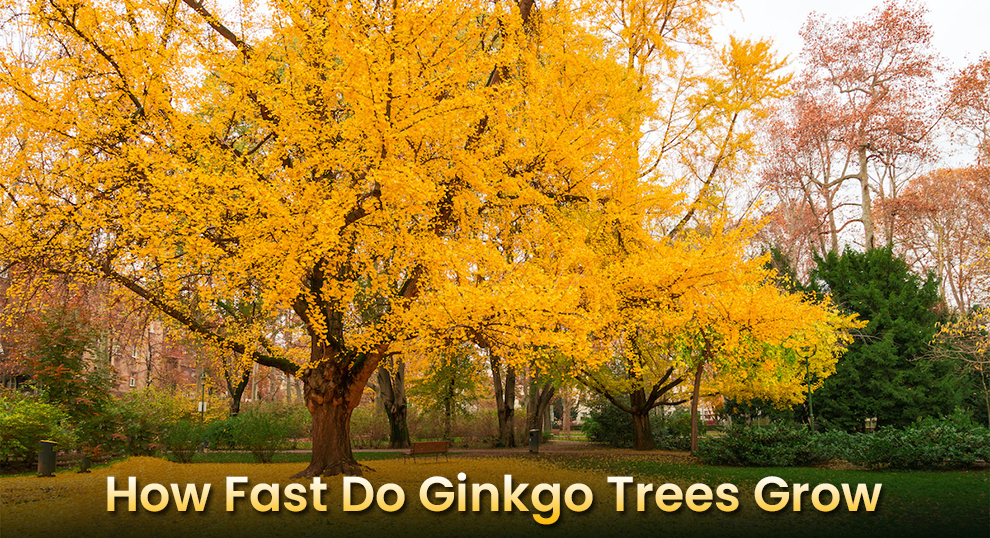 Hailed for its beauty and longevity, Ginkgo Biloba is one of the oldest living fossils that co-existed with dinosaurs. The tree is solitary and unique and is not related to any other living tree variety.

The ginkgo tree growth rate depends on the specific conditions it is grown. If grown in ideal growing conditions, the tree can grow up to a height of 2 feet per year after the first few years.

Though Ginkgo is known for its hardiness and resilience, which helps them survive a wide range of soils and climatic conditions, harsher conditions like poor drainage or drought can slow down the growth rate of these trees.

All About Ginkgo Biloba Trees 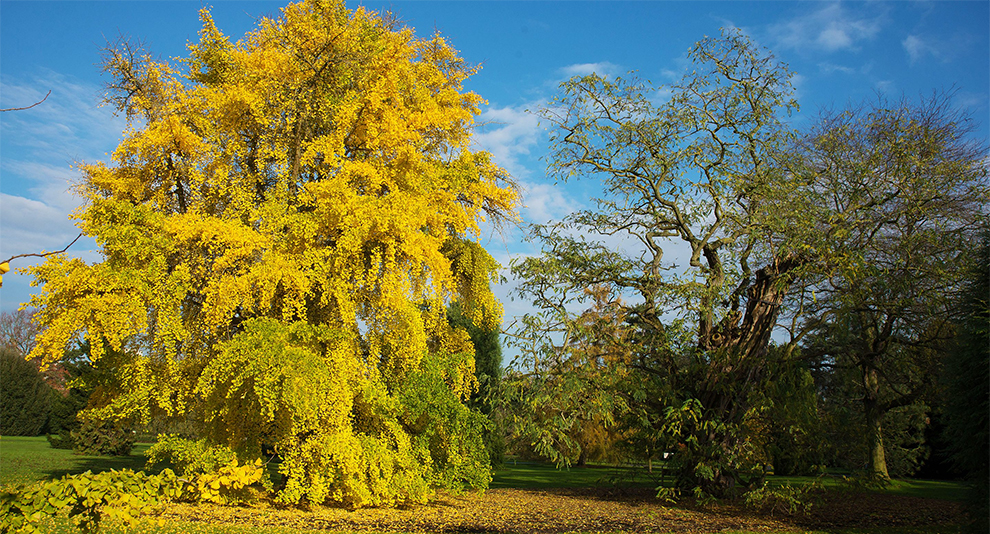 Commonly known as Maidenhair, the tree got its name because of its fan-shaped leaves which is a reminder of Maidenhair Fern. These leaves start green and turn golden yellow in the fall. Sometimes before turning golden, the leaves become two-toned consisting of separate bands of golden and green.

Though the fruit and flowers of the tree are not so impressive, the tree offers stunning yellow foliage before dropping its leaves in the fall. The leaves also have an unusual shape and throughout the spring and summer; it displays an appealing color of light green.

Ginkgo, which is considered to be one of the most beautiful deciduous trees, has made its way from China across Asia, over the centuries, and today it is found along streets all over the world.

How Fast Do Ginkgo Trees Grow? 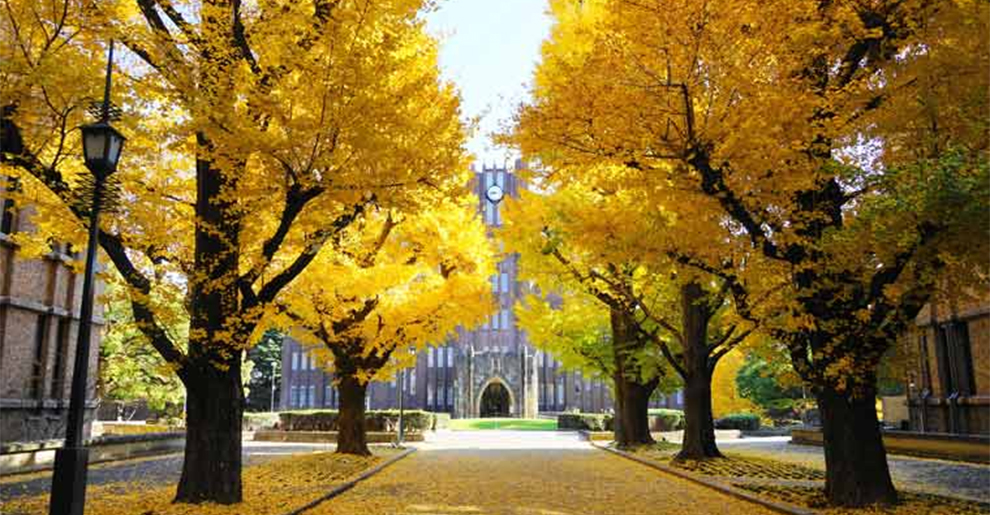 The growth rate of Ginkgo is slow, especially in its initial days. It can grow between 12 and 24 inches in a single growing season and eventually can reach heights between 50 and 80 feet.

In ideal growing conditions, the Ginkgo can get even taller. However, it has a spread between 20 and 40 feet, giving it a pyramidal form with irregular branches. If you want a shrub, go for a dwarf ginkgo cultivar.

Ginkgo trees can live over 150 years and some of them are even alive after 1000 years. The growth rate varies over that long lifespan.

Once you have planted the ginkgo trees, the next few years are important for it to get well set up. The first five years, the Maidenhair tree growth rate is going to be very slow, because the tree takes this time to develop healthy roots.

Once the tree is established, the growth rate picks up a little. It will see an approximate growth rate of 2 feet per year till it reaches 40 years of age.

The growth rate of female trees decline when they are around 20-40 years old. This is so because they begin reproducing during this phase.

In the case of male trees, the growth is fast during the first century. Both male and female trees slow down after 150 years.

Let us look at the specific growth rates of some popular ginkgo tree varieties. 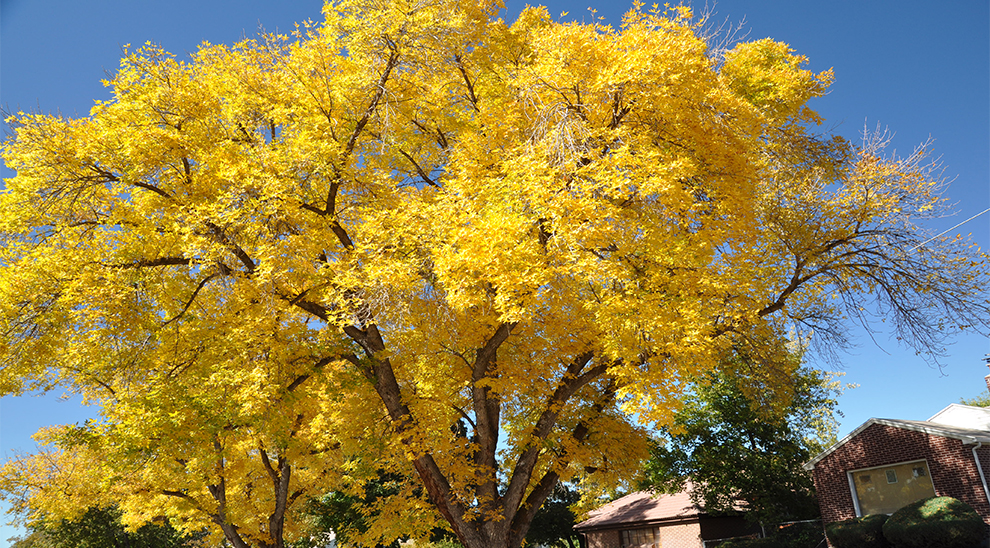 It is a popular male cultivar that has a slow growth rate and grows upto 1 foot per year. It grows 40 to 50 feet tall, with a spread of 25 to 30 feet. This variety has a broadly spreading canopy. One of its striking features is its fan-shaped leaves that turn bright yellow in the fall. It can tolerate urban conditions well, hence is a popular choice for street tree plantings. 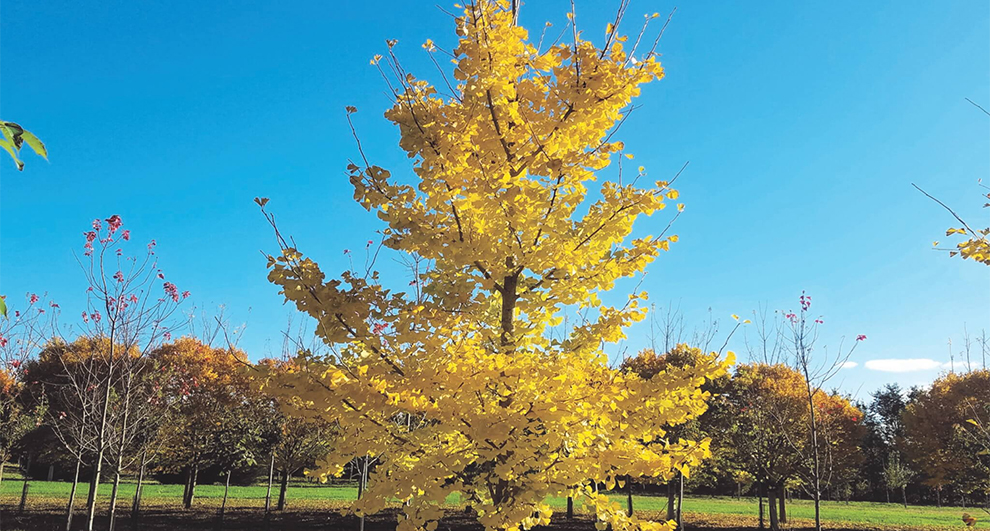 Princeton Sentry is a slow growing tree. It adds upto 12 inches or less to its height. It has a fat columnar form reaching a height of 65 feet tall with a 15 to 20-foot-wide crown.

It is known for its upright and narrow growth habit, making it a good choice for a street tree. It’s considered to be disease and pest resistant, and tolerant to urban conditions. Princeton Sentry Ginkgo is a male cultivar and does not produce fruit. 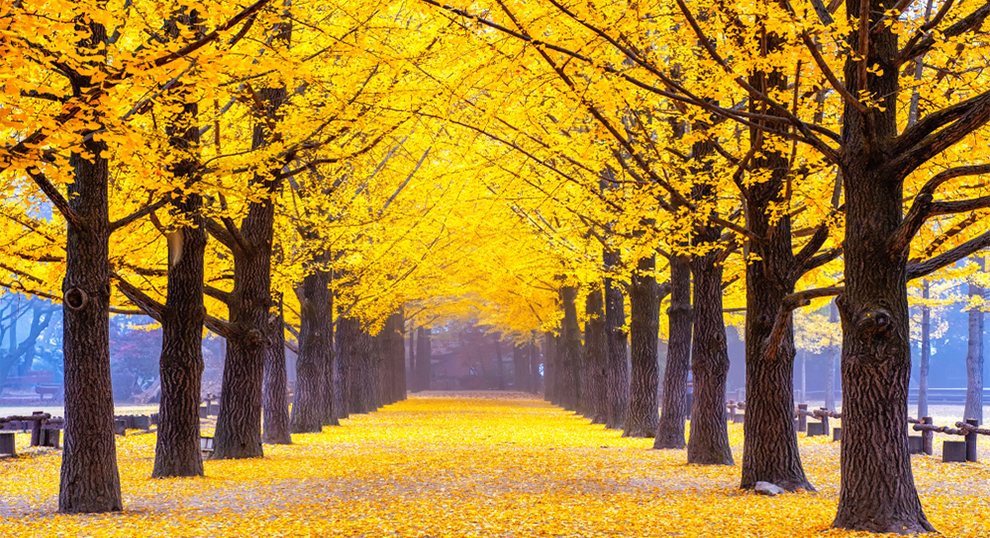 Goldspire is a narrow pyramidal cultivar with a moderate growth rate of 24” per year. It can reach 20 to 30 feet in height and 5 to 6 feet wide. Goldspire has slow growth at its young age, but it picks up growth as it matures.

Presidential Gold ginkgo trees have a slow to moderate growth rate. It is a cultivar of Ginkgo that’s known for its golden yellow foliage. It is a slow-growing cultivar that can reach a height of 40-50 feet.

It grows to a height of 40-60 feet at maturity and a width of 20-30 feet. Magyar is resistant to pests and diseases. It is also resistant to deer. 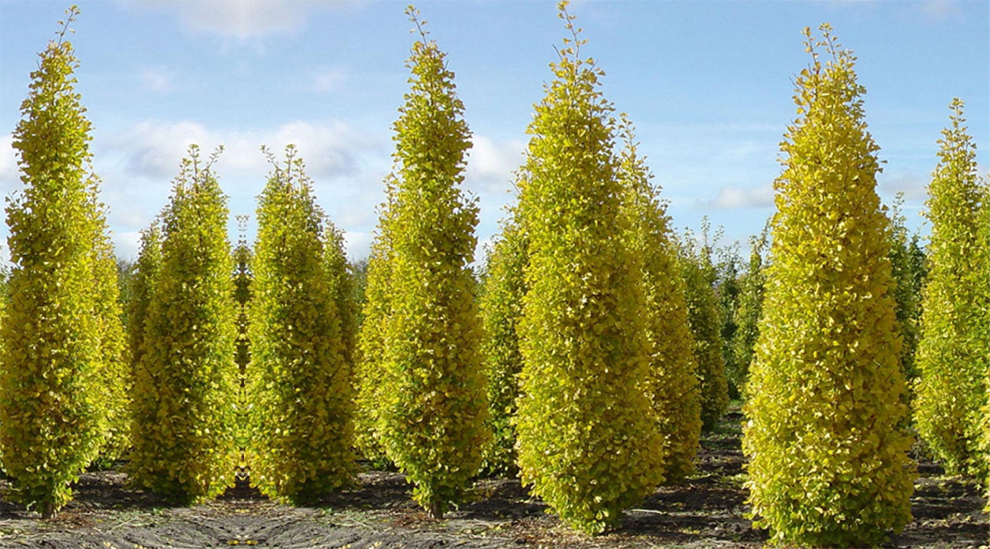 Sky Tower Ginkgo is a slow to moderate grower known for its tall and narrow habit, making it a good choice for tight spaces. It has a height of 40-50 feet with a narrow spread of only 8-10 feet.

Trees grow at their own pace. There is not much we can do to make it grow quicker. That would be like altering nature’s plan, which isn’t under our control.

However, what we can do is to provide the optimum growing conditions to the tree so it may be able to grow at its best possible pace.

Let’s look at how we can do it.

Young trees require water regularly for the first one or two years during the growing season. They don’t require fertilizer unless your tree is nutrient deficient. Using nitrogen fertilizer may actually suppress the Growth rate of ginkgo trees, so choose wisely.

The key to remember here is that it is important to follow the instructions for planting and caring for ginkgo trees that come with the tree, as different varieties may have different requirements.

Ans. Ginkgo trees are hardy and can grow in a wide range of conditions, but they prefer well-drained, slightly acidic soil and full sun exposure. They grow best in USDA hardiness zones 3-8.

They are tolerant of urban pollution and can adapt to different soil types, but they do not tolerate standing water or poorly drained soils.

Ginkgo trees are relatively low maintenance and can be grown as street trees, in parks, or residential landscapes. They are also commonly grown in Asia, where they are considered sacred and can be found in temple gardens and other sacred spaces.

Ans. Ginkgo trees are known for their longevity and can live for a very long time. Some ginkgo trees in the wild have been reported to live over 1,000 years.

In cultivation, Ginkgo trees can live for hundreds of years as well. It’s worth noting that even though ginkgo trees are long-lived, they may not always reach their full potential lifespan due to various factors such as pests, diseases, environmental conditions, and human interference.

Ginkgo trees are also considered a “living fossil” as the species has been unchanged for over 200 million years.

Q. What are a mature ginkgo tree’s height and width?

Ans. A mature ginkgo tree can reach a height of 50-80 feet and a width of 40-50 feet depending on the variety and the growing conditions.

Some cultivars can be smaller. It’s important to note that ginkgo tree growth rate is slow and it may take up to 50 years or more for a tree to reach its full mature size.

Ans. Yes, ginkgo trees produce a distinctive smell, especially during the fall when the leaves are falling. The smell can be quite strong and some people find it pleasant while others find it disagreeable. The smell is caused by the release of butyric acid and other compounds from the tree’s leaves.

It’s important to note that not all ginkgo trees will produce this smell, some cultivars and trees are bred to be odorless. Also, the smell can be reduced by raking and removing fallen leaves as soon as possible.

Q. How much space does a ginkgo tree need?

Ans. The amount of space a ginkgo tree needs will depend on the variety and the ultimate size of the tree.

Some ginkgo trees can grow to be quite large, reaching heights of up to 100 feet with a spread of 40-50 feet. Others are dwarf varieties and will only reach a height of about 20-30 feet.

When planting a ginkgo tree, it’s important to consider how fast do ginkgo biloba trees grow, the mature size of the tree, and the space needed to accommodate it.

In general, ginkgo trees should be planted at least 15-20 feet away from buildings and other structures, and at least 10-15 feet away from sidewalks and driveways to allow enough room for the tree to spread and grow without causing damage to the surrounding area.

It’s also worth noting that ginkgo trees have a distinctive shape, with a broad base and a narrow crown, and they need enough space around the trunk to develop their shape.

Q. Can you keep a ginkgo tree small?

Ans. It is possible to keep a ginkgo tree small by pruning it regularly. Pruning can be done to control the size of the tree, shape the tree, and remove dead or diseased branches.

Pruning can be done in the dormant winter months when the tree is not actively growing. It is important to note that heavy pruning will reduce the tree’s canopy, and this will result in fewer leaves and fruit production.

Also, it is recommended to consult an expert before pruning a mature ginkgo tree, as they can guide how much pruning is appropriate for the specific tree and its location.

Another way to keep a ginkgo tree small is to choose a dwarf ginkgo tree like Jade Butterfly or Mariken.